April 20, 2014 Uncategorized alleluia, easter, he is risen Leave a comment

As High Church Episcopalians, Easter is a fairly extravagant to-do in our church.  My family actually celebrates the resurrection on Saturday night at the Great Vigil of Easter.  It’s my favorite service of the year.  It starts off in total darkness, there are some readings, a few Baptisms, and then a priest stands up in front of the church and declares, “Alleluia!  Christ is Risen!”  The congregation responds with, “The Lord is Risen Indeed!  Alleluia!”  Then, all the lights come on, brass orchestra music fills the church, and the triptych above the altar is opened to once again reveal Jesus.  It’s all very beautiful and moving and it reaffirms my faith each and every year. 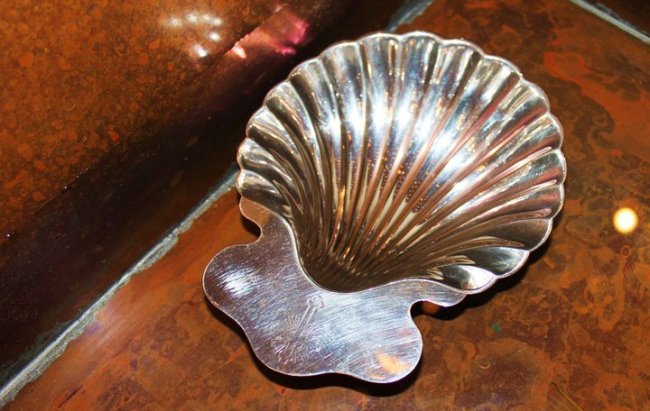 Then, after the service ends, there is always a big break-the-Lenten-fast party filled with food and yeah, okay, lots of wine.  We are Episcopalian, after all.

As wonderful and beautiful as the service is, however, it rarely goes off without a hitch.  Last year, I served as an acolyte throughout the two-hour-long service (yes, we are crazy, but the promise of chocolate and alcohol gets us through).  My job at the beginning of the service was to stand in the back of the church while the priest lit the Paschal Fire (a huge bowl full of holy fire that symbolizes the Holy Spirit and new life of Easter).  Each church member had a small candle that we use while the church is still dark and as acolytes, we were supposed to take fire from the Paschal flame and go through the aisles and share the fire throughout the congregation.

Well, I’m not sure what happened last year, maybe someone doused the bowl in lighter fluid, but somehow, we ended up with a regular bonfire in the back of the church.  I’m not kidding.  The flames were huge.  The priest who was supposed to light the Paschal Candle would get close to the fire, then she’d back away going, “Hot… hot…”

Finally, everyone’s candles were lit, but the fire was still blazing, and no matter what anyone did, it would not go out.  By this point, we knew we were holding up the service, but we couldn’t go anywhere.  It was impossible to get around the fire without catching something on fire and technically, we weren’t supposed to go anywhere until the fire was extinguished.  At one point, a man came forward with the top to the bowl and, very bravely, slammed it down on top of the fire.  For a few brief moments, we thought it had worked, but then, we all heard that familiar WHOOSH and a doughnut of fire began burning around the lid, through the cracks between it and the bowl. I won’t lie to you, for a minute, I thought we may have accidentally ignited the flames of hell.

By that point, the priests were all pretty desperate, so they started signaling for us to just go around the flames.  Each and every one of us stayed planted firmly where we were and shook our heads.  No way were we going anywhere near that fire!  We were in robes!  My hair was down!  Something was going to catch on fire.

Thankfully, a few minutes later, they did finally get it extinguished for real, but that is something I will never forget.  It’s actually a pretty funny story, and at the after party last year, we were all laughing so hard about it, I had tears running down my face (of course, a few glasses of wine may have been involved by that point).

This year, I didn’t have to acolyte, for which I was thankful.  I really like being able to relax and enjoy the service.  Last night’s Vigil was just as beautiful and moving as it always is (though I would have preferred a few different hymns, but whatever), but it will inarguably go down as one of my favorite Easters ever.

A few rows ahead of us sat a mother and her two young kids, a son and a daughter.  The little boy can’t have been more than three or four, but he was the cutest thing I’ve ever seen in my life.  He had dark curly hair and wore a plaid shirt and a little bow tie.  He would have been cute enough just as he was, but at the very end, during the last hymn of the service, he started laughing and dancing around.  Then, every time the church would ring their bells and sing “Alleluia,” He would ring his bell, jump around, and stick out his tongue.  He was clearly enjoying putting on a show, not only for the little girl behind him, but for whomever happened to be watching and laughing.  I was definitely one of them.  That little boy made my entire night.

That’s the kind of joy Easter is supposed to bring us.  Those kids who dance and laugh and jump around get it, and I hope his happiness stays with me, not only throughout these next fifty days of Easter, but throughout the entire year.