Part 2 of our San Diego Adventures recap begins the morning of July 9, 2015.  By that point, my sister had mostly recovered from her bout with food poisoning and was anxious to get to Qualcomm Stadium for the reason we’d come to San Diego in the first place: seeing One Direction in concert.  The parking lot opened at noon and we decided to get there as soon as possible to get a good parking spot.  I’d never driven to a concert before.  In the past, friends and I had always taken public transportation or had a parent drop us off.  This was a whole new adventure for me.

Still, we were awake so early that we decided we had a bit of time to explore the area before our stake out in the Qualcomm parking lot.  We decided to head to La Jolla Beach.

It was AMAZING.  I got to hang out with wild sea lions in their natural habitat.  We also saw pelicans and baby seagulls. 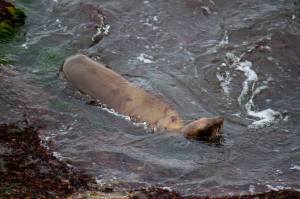 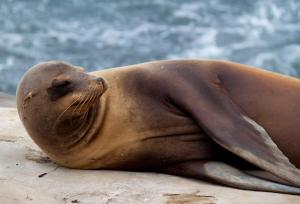 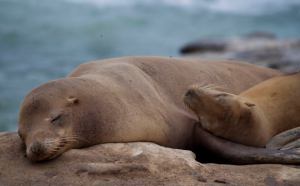 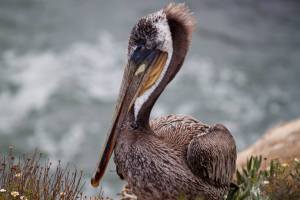 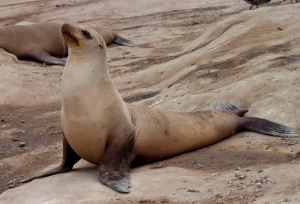 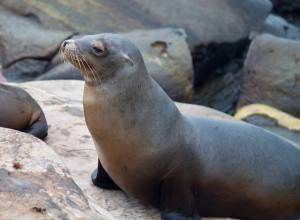 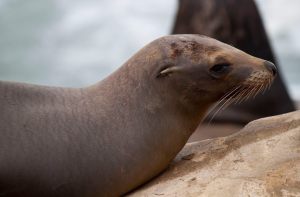 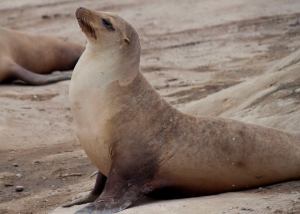 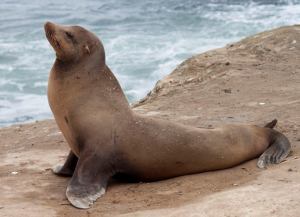 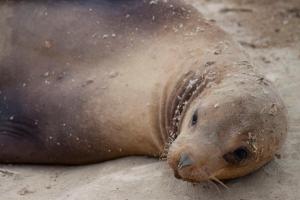 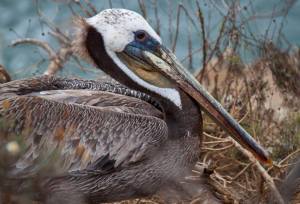 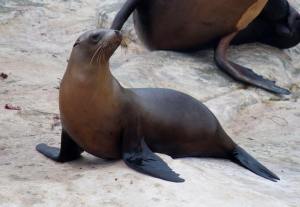 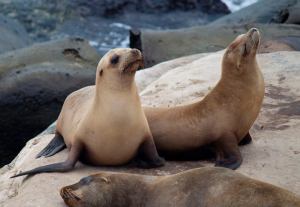 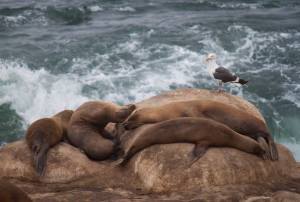 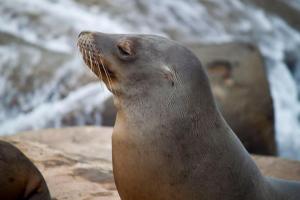 Yes, I took a LOT of pictures.  And that’s not even all of them.  Although I do have to tell you, right before we left, I decided to take a few last pictures of this one particularly photogenic sea lion.  As I was shooting (with my telephoto lens), this beautiful sea lion throws up a whole fish.  Just projectile vomits all over the place.  The seagulls were very happy.  I was not.  There’d already been more than enough regurgitation for one trip. 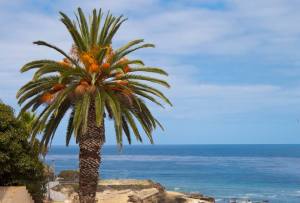 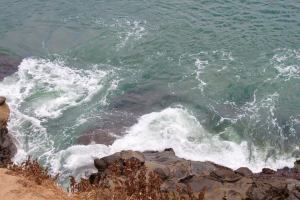 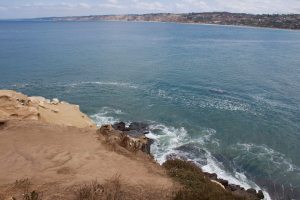 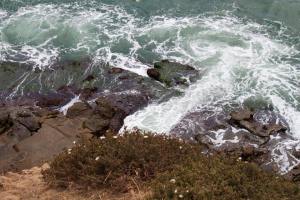 We also met a local artist named Paul Strahm.  He was a delightful person, and very happy to meet two young people involved in the arts. I bought one of his paintings of La Jolla.  You can check out his website here: http://www.paulstrahmpaintings.com/Home.html

Finally – and I know this is what you’ve all been waiting for – THE ONE DIRECTION CONCERT!

My sister and I arrived at Qualcomm right at noon.  Good thing too, because there was already a line of cars waiting to get in and find a parking spot.  After parking and snacking on what may or may not actually pass for a lunch, we got out, walked around the stadium, and visited the merchandise table.

I guess could tell you about the seven hours spent loitering around the parking lot, but honestly, they’re weren’t that interesting.  I’ll just skip to the concert itself.

Long story short, the One Direction boys put on a quality show.  The crowd was electrifying and enthusiastic.  These fans go out of their way to show their love for their boys.  And I think those guys have earned it.  They work hard and their songs are great.  I’ll tell you this as well: Seeing 1D in concert provided a lot of inspiration for the next Boy Band novel!  I even know what the title will be now! 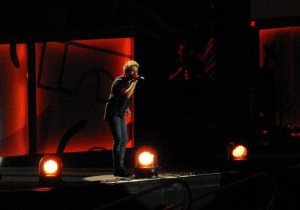 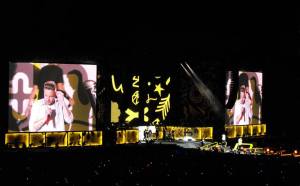 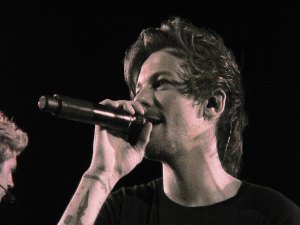 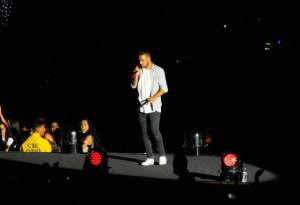 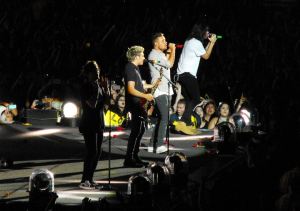 After the concert ended, my sister and I ended up sitting an additional hour and thirty minutes in that godforsaken parking lot while everyone tried to get out.  I really don’t want to talk about that.

Fast forward to Friday morning, our last day in San Diego.  This was a day of mixed blessings.  First, we headed back to Balboa Park to visit the San Diego Art Museum.  They had a Coney Island exhibit going on, which my sister and I both really wanted to see.

What’s really neat is that in Boy Band, the guys in the band shoot a music video at Coney Island.  Needless to say, I was incredibly eager to see the display.

As it turned out, however, the exhibit was only open to members of the museum.  It would be open to the public beginning the next day, but my sister and I were flying out in 8 short hours.  It just so happened that a very nice lady and her friend overheard our dilemma and let us into the exhibit as her guests.  I couldn’t believe it.  She was so incredibly sweet.  I know it made both KJ’s and my day.

After we visited the museum, we ate lunch and drove around a bit.  Unfortunately, I accidentally left my cherished camera at the cafe where we ate, so we had to drive twenty minutes back to University and Park to reclaim it.  There was no way I was leaving California without it!  I had pictures of blue whales on that camera! Not to mention, that camera has been everywhere with me.  It’s practically family.

After the camera debacle, my sister and I decided to head back to the airport, you know, quit while we were ahead.  That almost worked out.  We returned the car without a hitch and made it to the airport with plenty of time to spare.  Of course, while in line to check our bags, I discovered that my piddly little bank account had been hacked.  Someone got ahold of my card number and used it to buy $500 worth of movie tickets.  I’m sure I don’t need to explain this to y’all, but I’m an independent author.  I am poor.  As if the airport wasn’t stressful enough, I also had to deal with some loser hacking into my bank account.  I’m not going to lie to you. I cried a little.

Thankfully, everything is being taken care of.  I have a new card and the bank WILL reimburse me everything that I lost.

Our San Diego adventure finally ended with a delayed flight and a minor battle with air-travel panic.  I don’t like flying.  In fact, I kind of hate it.  I’d much rather be on the ground.  Or on a boat.  I really love boats.  But flying?  Nope.  Planes are too tiny and too crowded and turbulence?  No.  I don’t even want to talk about it.  My airplane anxiety is the one character trait that I passed on to both my female protagonists, Kate and Mel.  I didn’t mean to.  It was a total coincidence.  But it’s just my natural reaction to flying.  I get panicked, so my characters get panicked.  It’s the one thing all three of us have in common.

San Diego, it was (mostly) fun, but I’m happy to be home.  I’m a Texas girl at heart.  Give me open roads and open skies any time.  Though I do miss the ocean.  And that baby blue slug bug.

Oh, and one more thing… 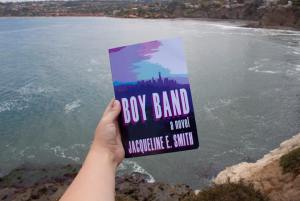 The Kind of September also went to California!  They loved it.

10 thoughts on “What Happens in San Diego Part 2”