Like many of you out there, I have a certain predisposition to read.  A lot.  On the one hand, I probably spend way too much time reading.  On the other hand, I probably don’t read enough.  Life’s just kind of weird that way.  Now, whenever I find a book that I really want to read, I take a trip up to my local bookstore and grab it.  My bookshelves currently look something like this…

That doesn’t even include the large stack of books I have sitting next to my bed, waiting to be read.  A friend of mine asked me today, however, “Why do you keep buying books?  Why don’t you just go to the library?  That way you don’t spend money and you don’t have a book that you’ve already read lying around the house.”

I suppose that does make sense.  And I do have a library card and I, of course, love to support libraries.  They’re amazing, wonderful, and very important establishments and resources.  I often go to the library to check out nonfiction books, especially when I’m doing research for a new book.  But when it comes to guilty pleasure reading, I’m personally better off buying books.  And I can tell you why. 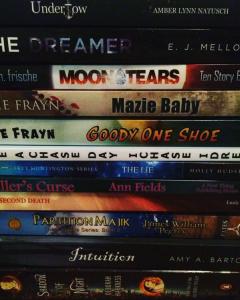 On that note… Cemetery Tours is only $2.99 on Kindle for the rest of October!  Download your copy now!

So, I got to do something really cool this morning.

I was interviewed on TV!  My friend and fellow author, James Peercy and I appeared on Denison’s Channel KTEN to promote our Authorfest event next weekend!  I was so starstruck and nervous!  I’m used to being behind the camera, not in front of it!  But I think I did okay and didn’t stammer to much.  I tried to speak slowly and smile and articulate and all that good stuff.  Best of all, I got to talk about my books! 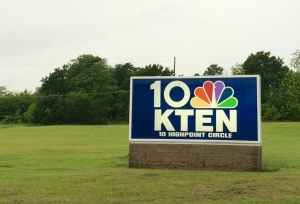 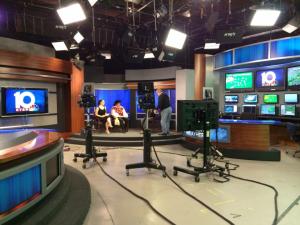 In less exciting news, last night, I discovered that someone had uploaded my books to a pirating website.  Technically, they were on separate websites, but in order to read or download the books, you had to sign up for another website.  All the sites led back to that one website.  I have fired off two Cease and Desist emails to them and have yet to hear back.  But here’s the gist…

I have just found my new Young Adult novel, Boy Band, on one of your websites, which claims to be an open library where readers may download my book for free or read it online.  When I clicked on the registration tab, it relocated me to your site.  A separate website, featured my first book, Cemetery Tours, and again, led me back to you.  Unless you have somehow paid for the rights to my books or I am getting paid for every read or download you recieve, you do not have my permission to use my books on any of your websites, and I politely request that you take them down. If this is beyond your power, I ask that you give me the contact information to the person whom I may contact to address this issue.
I will be checking back.
Thank you for your time,
Jacqueline E. Smith
(I included links in the original email, but chose to delete them from this post.)
Here’s the deal.  I’m not stupid.  I know books are going to get pirated.  I know movies and songs and games are going to get pirated.  It shouldn’t happen, but it does.  I’m thankful, however, that most readers understand how much work and love that authors, especially indie authors, pour into their books.  It’s our trade.  It’s our profession.  I’d love to live in a world where money doesn’t matter, where people could just read my books for free and be happy.  But the sad truth is money is necessary if we are to continue on writing.  Moreso, authors deserve to paid for their craft, just like any other artist.  I wish I didn’t need money, but I also wish websites like this didn’t try to take advantage of people who work hard and sacrifice trying to make a living doing what they love.
Have a good weekend, y’all!
April 23, 2015 Uncategorized am reading, am writing, book, bookshelf, bookworm, boy band, Cemetery Tours, earth, earth day, ebook, fiction, kindle, library, music, nature, novel, Photography, reading, world book day, writing, YA, young adult 8 Comments

It’s one of those days where I have like, a bajillion errands to run, so this blog post is just going to consist of all the thoughts stomping around inside my head.  I’m writing this in the hopes that getting it all out on paper (or you know, on a computer screen) will alleviate a bit of the ruckus in my brain.  So here it goes.

1) It has been brought to my attention that the Kindle copies of Boy Band had some formatting errors.  I did some research on KDP (Kindle Direct Publishing) and found out this is a rather common problem, so I went back and uploaded the manuscript myself.  Hopefully the errors will be gone, or at least less severe.  I remember having similar spacing issues when I published Cemetery Tours.

2) I have a lot of fun events coming up!  On Saturday, I’m going to see my friend Paula speak at a writer’s group.  I know I’ve mentioned her before, but she’s just published her first children’s book, Jack Learns to Grill, and her next book, Jack Learns about Bullies, should be out within the next month or so!

3) Also on Saturday, I’ve been asked to be a guest at the Colony Library’s Friends of the Library Annual Meeting!  I’m so excited and so honored that they would ask!  I love that library.  It’s a wonderful community and so supportive of local authors.

4) Next week is Authorfest in Denison!  I’m a little nervous about it since my Dad won’t be able to attend and it’s a pretty big event, but I think I’ll be able to handle it.  I’m a strong independent woman who don’t need no man.

(I do need a cat, though.  I don’t think I could survive without a cat). 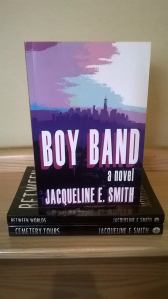 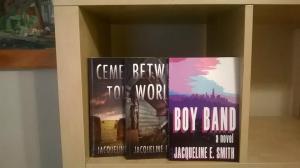 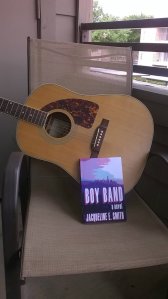 8) Speaking of books, Boy Band has been selling like crazy!  It’s been in the top 15,000 Kindle Bestsellers for three days now, and for a while, was in the top 10,000!  Thank you all to everyone who’s read it so far!  I love you more than words can say! 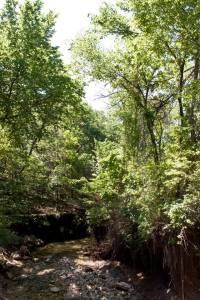 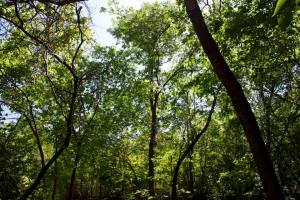 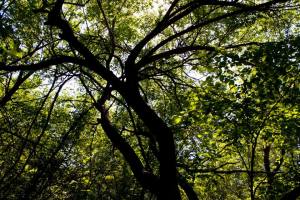 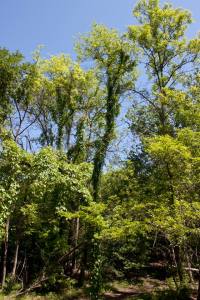 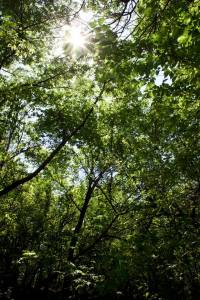 10) Lately, I’ve been so inspired to work on the third Cemetery Tours book.  I think taking a break from it and focusing on Boy Band for a bit was really good for me.  I miss my characters and I’ve got a lot of new songs that are providing inspiration for my haunted world.  I can’t wait to get back at it!

For now, however, I need to go pick up my dad.  Since he has a hole in his retina, he’s not allowed to drive.  The eye doctor was SHOCKED that he’d been driving this whole time!

Hope y’all have a great Thursday!  It’s going to be an awesome weekend!

I hope you all had the most pleasant of Easter/Passover weekends.  If you don’t celebrate either, I hope your weekend was just as pleasant.  My weekend, while weird in perhaps not the best possible way, still managed to be wonderful.

I spent Easter with three of my best friends.  Since none of us have kids, we hid treats for two of their dogs around their parents enormous backyard.  It was like a doggie EAster egg hunt.  I really didn’t expect to get so into it, but we all had so much fun trying to guide the puppies to treats. 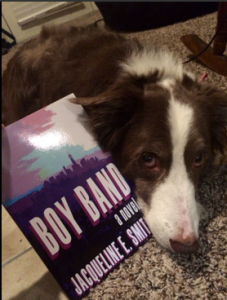 Speaking of doggies, Lucas here really wants you to read Boy Band when it comes out in a few weeks!

Anyway, after that, we headed back to the apartment for an indoor spa session.  We filled the bathtub up with bubbles and soaked our feet.  Then we painted our nails and made s’mores with Nutella.  I now know what Heaven tastes like.

Finally, to end our night of Eastery festivities, we set up fish tanks so my friends could go buy some fish (because there are several other reasons why someone would bother setting up a fish tank).  Anyway, while we were emptying the bags and getting everything set up, we found this:

Someone thinks they are either very funny or very clever.  Either way, we got a good laugh.  So I guess they would be right.

So yeah, Easter was pretty fun in a very unconventional way.

But now that it’s Monday (almost Tuesday), it’s really time to get down to business (no, not to defeat the Huns).  I’ll be attending the North Texas Book Festival in Denton this Saturday.  I’m SO excited, not only because it sounds like an AWESOME festival, but because Boy Band will be pre-released!  Agh!!!

I have a few more events lined up in the upcoming weeks and months, including, I found out just a few hours ago, a book signing at Half Price Books Flagship in Dallas!!!  It’s the same Half Price where I met Kathleen Kent and Anne Rice!  It’s my first ever personal book signing!  I’ll let you know more details as they unfold, but I am ecstatic.

Finally, in other career news, I find myself in the mindset of… rewriting Cemetery Tours 3.

Don’t panic!  It’s still coming!  And I’m not deleting what I have.  I just find myself struggling along and trying to convince myself that I’m happy with where the characters and the story is going and I’m just… not.  I’ve been doing some brainstorming recently, though, and I’m thinking I know what I want to happen.  It’s more of a tweaking than an actual re-write.  But you know, sometimes as writers, if it’s not working, it’s not working.  And that’s okay.  I’ve discarded manuscripts and half-manuscripts before.  This is nothing new.  I just want, not only what is best for my characters, but what is best for my readers.  I want to write a book that they’ll enjoy, the kind they deserve to read.

And yes, I’m still going to write the rest of the character interviews.  Busy, busy, busy.  But in a good way!