I haven’t been posting very much this week, mostly because I’ve been feeling a bit gross and under the weather and I haven’t really had much to report.  To be honest, I still don’t.  I’ve basically spent the last two days in my pajamas trying not to feel sick.

I did dig out my really old PC, the one that cratered when I tried to upload Photoshop to it like, a million years ago.  Clearly, that was asking too much of the poor machine because it short-circuited and croaked faster than my brain when confronted with Calculus.  My goal was to wipe it clean and just reboot it, and I thought I’d almost succeeded, but it’s still acting up this morning and I’m afraid it just might be a lost cause.

I have a MacBook which I love (and which I’m using right now), but formatting is so much easier on a PC.  At the moment, I’m helping my friend Paula format her new novella, The Conservative Congregant.  I was hoping that I might be able to use the new/old PC, but I think my old one is going to have to suffice.  It probably will.  It just has SO much stuff on it already!

Other stuff on my mind recently:

It’s officially August!  That means that as much as I love summer, I start fantasizing about fall on a daily basis.

It also means, however, that today, we are exactly TWO MONTHS away from the release of the third Cemetery Tours book, After Death, and I am still working on revisions!  I know I’ll get it out in time… But I’m really cutting it close!  My procrastinator ways are really testing me on this one.  But it will get done.  There is no doubt in my mind.

I’m also in the process of gearing up for two months of book events!  I have quite a few lined up for both September and October and I can’t wait for everything to really get started!  Autumn is the time for ghost stories after all. 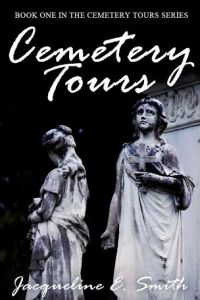 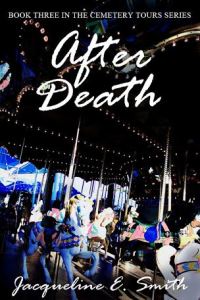 Anyway, I’m beginning to feel icky and gross again.  Might go lay down.  If you’d like to make me feel better, go read my books.  Your reading power will heal me.