So, I know I said I wouldn’t be posting at all today, but I got out of jury duty at 11.  Seriously, it was so uneventful.  I sat for three hours in this enormous room and reread Mockingjay for three hours.  It was so boring, in fact, that it does not deserve its own blog post.  But you know, when it comes to jury duty, I’m okay with boring.  My number wasn’t even called.  Never had to go back.  I will take it.

That’s why, instead of writing about the three hours I spent doing absolutely nothing, I’m going to write about the new Cinderella movie coming out next month.

Now, I didn’t see Disney’s first fairy tale brought to life, Maleficent, for a few reasons.  First of all, I heard there was a lot of CGI battles and those bore me.  Second, I don’t like the idea of trying to redeem the self-proclaimed Mistress of all Evil.  That was part of what made her such a great villain in the original. She was so evil that she threatened to kill this kid just because her parents snubbed her.  That’s EVIL.  I don’t like that they tried to make goofy King Stefan the bad guy or make it seem like Maleficent really loved Aurora.  Sorry, that just doesn’t work for me.  But onto Cinderella.

This movie looks awesome.  First off, there’s no CGI or crazy battles.  That’s an automatic plus for me.  Second, the previews are absolutely gorgeous.  Colorful, magical, amazing costumes, scenery, set designs… If nothing else, this will be a very aesthetically pleasing movie.  The music in the previews is incredible as well.  I get chills every time I watch the trailer (and I’ve watched it several times).  It looks that good.

For another thing, it features an all-star cast.  I was excited enough to see Bellatrix Lestrange (Helena Bonham Carter) as the Fairy Godmother and Galadriel (Cate Blanchett) as Lady Tremaine, the evil step-mother.  But then I realized that Rob Stark (Richard Madden) is Prince Charming (he’s also SCOTTISH) and I thought my inner fangirl might actually keel over from all the amazing.  What finally did her in, however, was finding out that Derek Jacobi, AKA the BBC’s Hamlet, Prince of Denmark, AKA the greatest Shakespearian actor of modern times, if not all history, is playing the King.  I cannot handle the greatness.  I actually cannot.

As if all of that wasn’t enough of a reason to completely freak out over this movie, it’s directed by Kenneth Branagh.  Not only another phenomenal Shakespearian actor (he played Hamlet in a film adaptation which also starred – wouldn’t you know it – Derek Jacobi as Claudius!), Mr. Branagh is also known in the Potterverse as the one and only GILDEROY LOCKHART.  I’m telling y’all, I really don’t think my fangirl heart can take much more.

So, there you have it.  My list of reasons why I am absolutely ecstatic about Disney’s latest cinematic masterpiece, and I do truly believe this will be a masterpiece.

Apparently, BENEDICT CUMBERBATCH also played Rosencrantz in Rosencrantz and Guildenstern are Dead!  I must find a link to see this beautiful work.

So now, we have Shakespeare and Harry Potter and SHERLOCK!  Could the fandom gods possibly love me more?!

Okay, guys.  So yesterday, I was scrolling through Tumblr, browsing the Harry Potter tag, and I came across something about two of my favorite actors from the franchise, James and Oliver Phelps.  I think I’ve mentioned before how much I love the Weasley twins, how Fred was my fictional boyfriend for like eight years before JK Rowling MURDERED him, and how I actually felt like I’d lost a friend after I finished reading the seventh book.  Fortunately, I can live happily knowing that James and Oliver are actually both alive and well.

They are also apparently going to be starring together in a new movie.  A remake of Hamlet.

I don’t know if I’ve told y’all this… BUT I LOVE SHAKESPEARE.  I especially love Hamlet.  It’s one of my favorite plays.  I also love Midsummer Night’s Dream, Othello, Twelfth Night, Macbeth (I could write a whole blog post about why I love Macbeth, and maybe I will someday), etc…

I’m not sure how he did it, buy my high school English teacher had this way of teaching all of us Shakespeare, among other great things, in a way that made all of us love it.  We even ended our first semester with a trip to Shakespeare in the Park where we all had an absolute blast.  That love for the Bard stayed with me all the way through college.  I even wrote and illustrated an ABC Shakespeare children’s book for a Children’s Literature class. 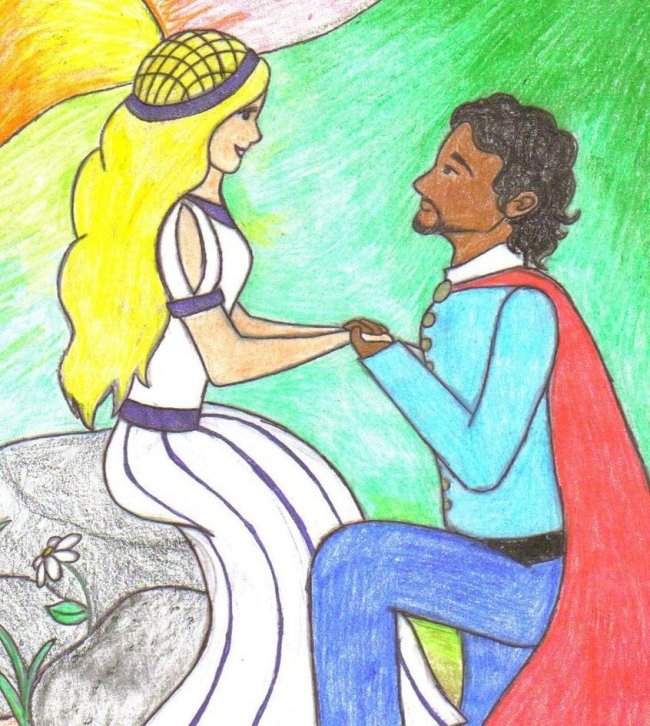 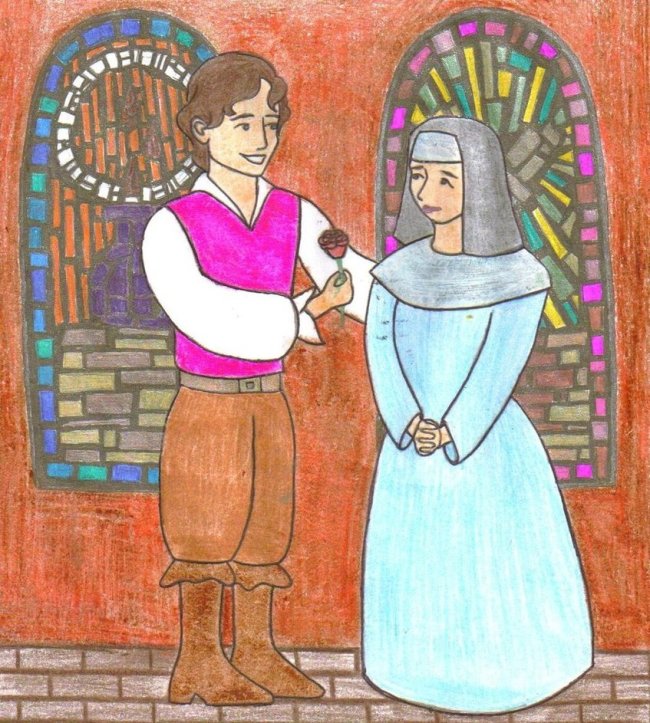 The Weird Sisters from Macbeth. Fair is foul and foul is fair…

Anyway, James and Oliver are going to be playing Rosencrantz and Guildenstern in new version of Hamlet, at least according to that IMDB link.  If you’ve only read or seen Hamlet, you might not think a whole lot of those roles.  Their scenes with Hamlet are amusing, but that’s more due to Hamlet pretending to be mad than any sort of character development or connection to Rosencrantz or Guildenstern, and I don’t know about anyone else, but I didn’t really care when I heard they’d been killed at the end of the play.  Easy come, easy go.

I wish, more than anything, that once they’re done shooting Hamlet, then James and Oliver would star in their own version of Rosencrantz and Guildenstern are Dead.  Still, having my two favorite twins from my favorite series ever starring in one of my favorite plays ever… I will not complain!

In other good geeky news, I found these AMAZING pictures on Pinterest.

As if the glorified combination of Harry Potter and Shakespeare wasn’t enough, now I get Disney and Van Gogh?!  Is it my birthday?!  Seriously, I thought I couldn’t love anything more than Fred and George as Rosencrantz and Guildenstern, but these pictures are SO BEAUTIFUL and I love Disney Princesses almost more than anything and I don’t know a soul who doesn’t love the art of Van Gogh.  Or that one Dr. Who episode?

I’m not even much of a Dr. Who fan and I could watch that episode over and over and over again.  And Matt Smith is actually the cutest human being alive.

Alright, well, I’ll let you all enjoy the rest of your evening while I sit here in all my geeky glory.  Chapter 27 of CT2 is coming along nicely.  For all the Luke Rainer fans, he gets a little bit of the narrative in this one!  I’m excited!  He’s such a fun character to write.  Good night, all!