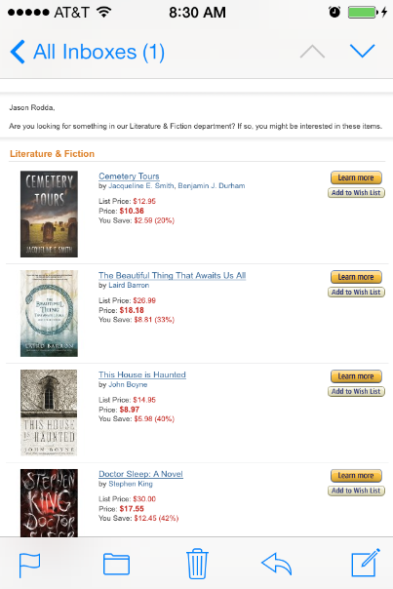 My college buddy texted me this picture the other day.  As far as I know, we have no connections on Amazon, so I think it’s pretty neat that Amazon is recommending Cemetery Tours to readers… especially with Stephen King! 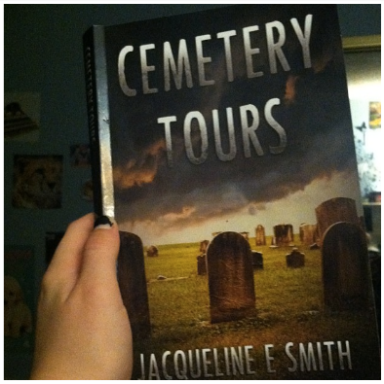 A picture from one of my youngest readers! 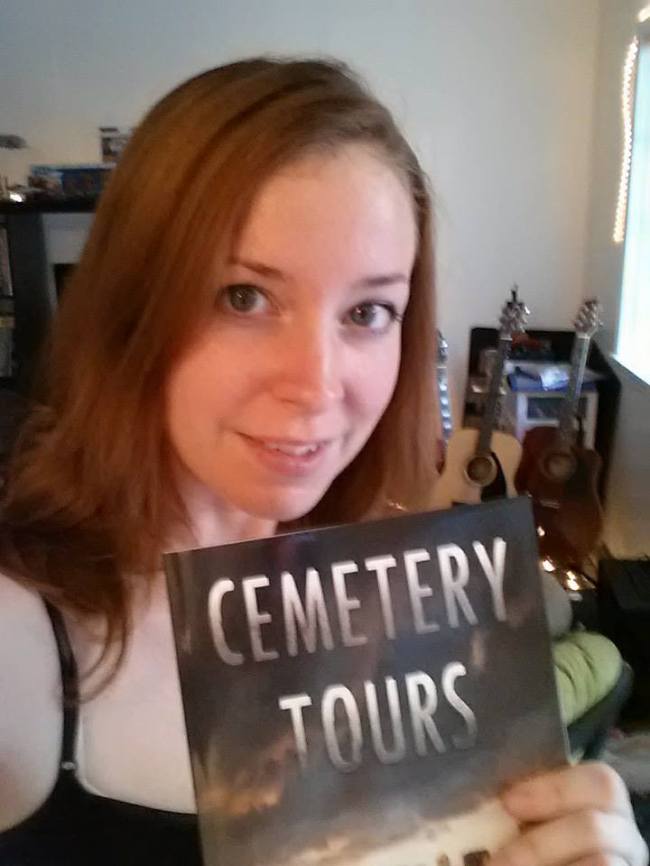 My sister, who is a freshmen in college, has been recommending Cemetery Tours to new friends she meets on campus.  Apparently, one of them approached her the other day and demanded to know if there would be a sequel!  So exciting!  And yes, in fact, there will be a sequel!  It is being written at this very moment.  🙂