Question: How long have you been writing?

Answer: Since before I knew that J and L were not the same letter. I didn’t realize I wanted to be an author, however, until my junior year of college. 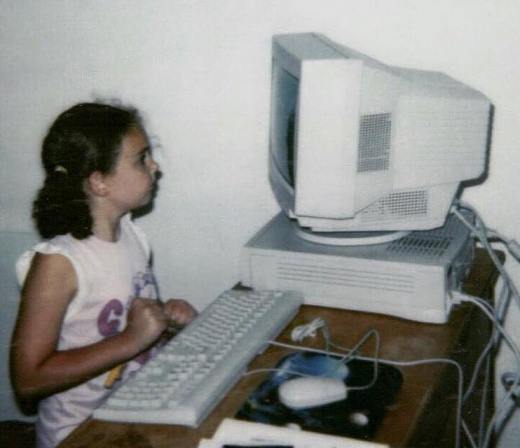 Question: What should all books have?

Answer: All books should be written with love. 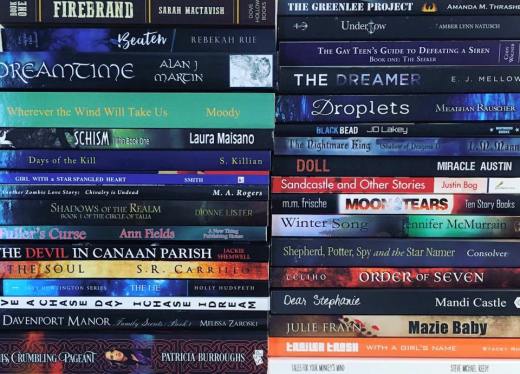 Question: What scares you most about writing?

Answer: I’m scared to death that I’m accidentally going to plagiarize or violate a copyright law. Even in elementary school, I had it drilled into me that plagiarism was a transgression second only to murder. I carry that honest to goodness fear of God in my heart to this day. 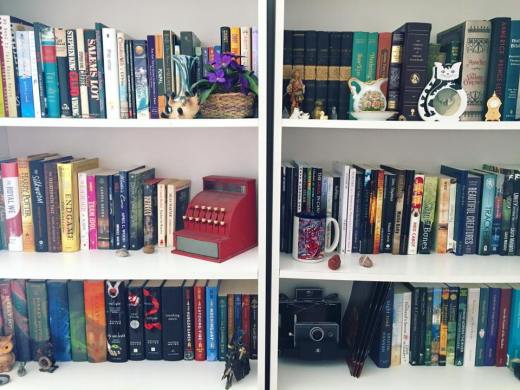 Question: What do you listen to while writing?

Answer: Each of my WIPs has a different soundtrack. Here’s a compilation of three of those soundtracks. 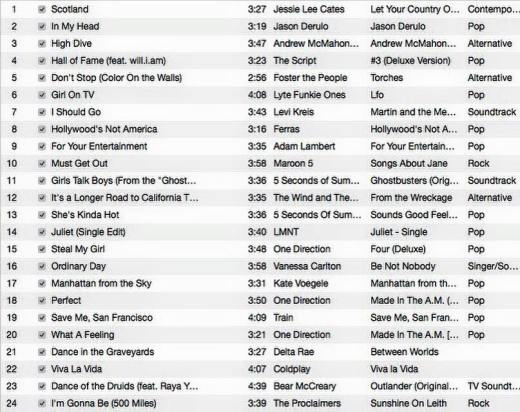 Answer: Oh wow, I’ve written so much crap, it’s really hard to pick just one. It’s probably a tie between every poem, short story, and screenplay that I wrote in college (and of course, the worst poem of all ended up in the stupid literary journal) or all the god awful Harry Potter fanfiction I wrote throughout high school. 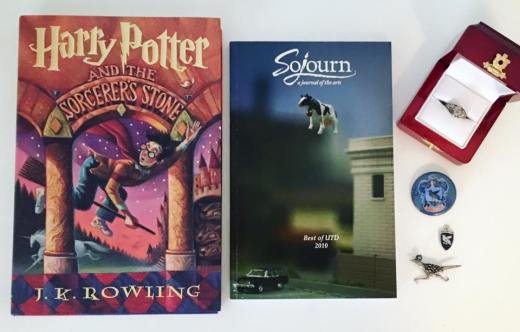 Question: How do you show diversity in your work?

Answer: Well, a lot of people think it’s kind of weird that I write creepy ghost stories AND silly love stories about boy bands. Does that count? 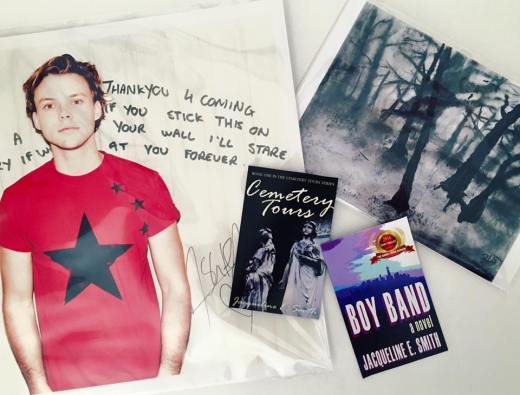 My sister is always the very first person to read and critique my books because as she so eloquently puts it, “I don’t want to be related to someone who writes crappy books.” 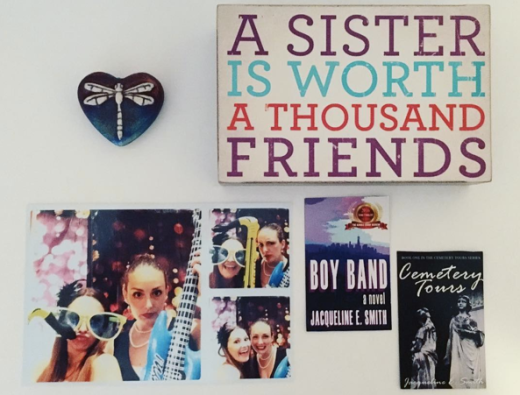 Question: How do you cope with killing your characters?

Answer: So far all of the characters I’ve killed were dead long before the books began, so I’ve been okay. However, there was one day I that thought that maybe, just maybe, the story was leading toward someone’s death and I cried for like thirty minutes just thinking about it. So yeah.

Question: Have you ever ‘killed an enemy’ in your writing?

Answer: No. Writing gives me way too much joy. I try not to give my “enemies” any more space in my head than they already occupy. And yes, I have been known to hold a grudge. 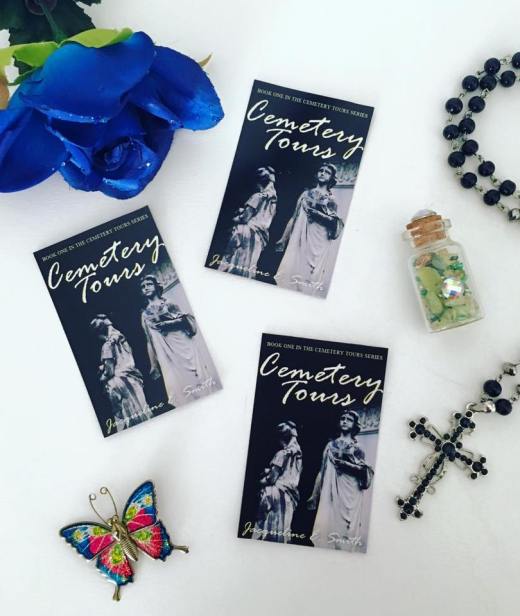 Question: How did you choose your genre?

Answer: I write the books that I would want to read.

Question: What do you like best about YOUR writing? 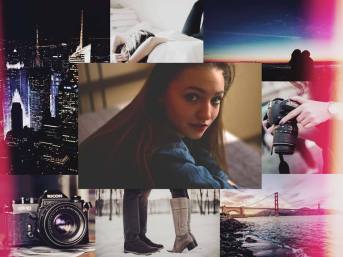 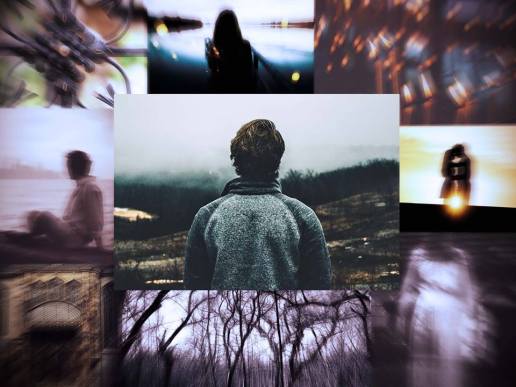 Question: Which celebrity would play your main characters?

Question: How do you choose character names?

Answer: MomsWhoThink.com. Not even joking. I’m terrible at coming up with names. 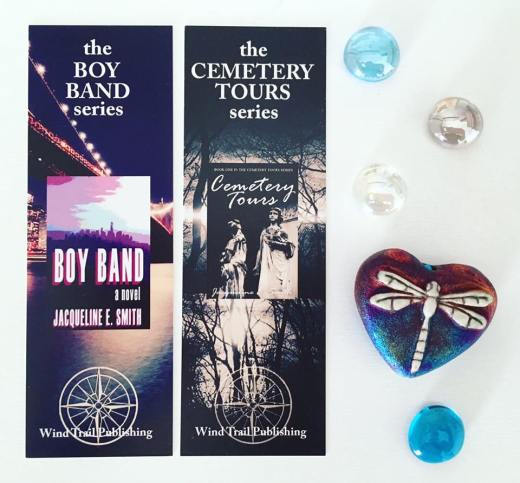 Question: What’s the meanest thing that you’ve done to a character?

Answer: Michael Sinclair would argue that is entire existence is miserable and that its all my fault. But you know, he really doesn’t have it all that bad. He gets the girl so I really don’t know what is problem is. 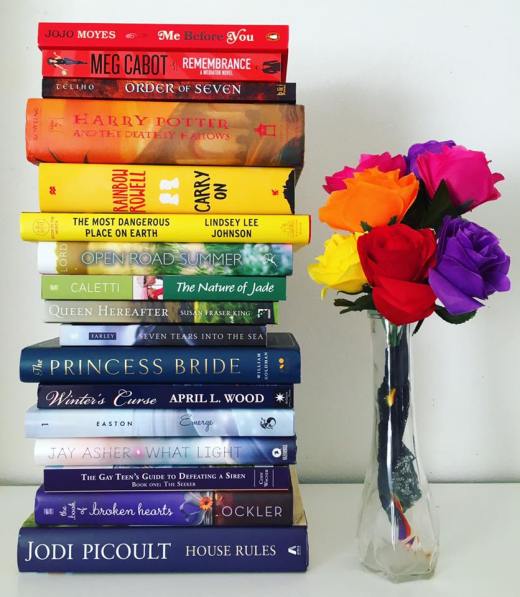 Question: What word do you use WAY too much?

Answer: Oh, there are so many. I use “after all” and “of course” ALL the time. I also have a lot of characters whose names begin with M. Apparently I like M names. 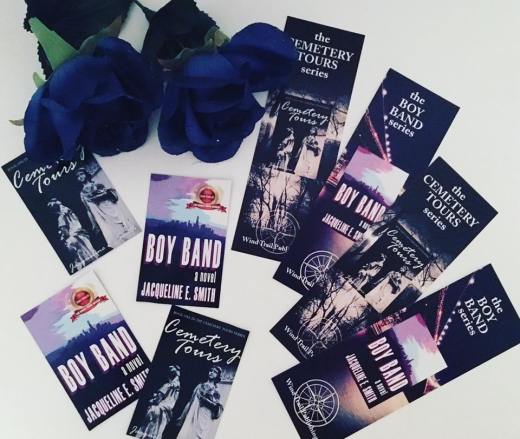 Question: What is your biggest pet peeve in books?

Answer: Stories that take unhealthy relationships and makes them sexy. I can’t tell you how many books I’ve read (or attempted to read) that romanticize the hot guy who’s a huge jerk but it’s okay because he’s misunderstood and has a tragic back story oh and he’s hot. Not a fan.

Note: None of the books in the picture are like that. I just used them in this post because they’re pretty. 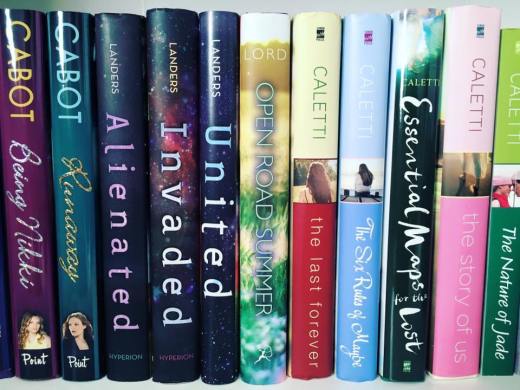 Question: Which book do you wish you had written?

Answer: Literally all of these. 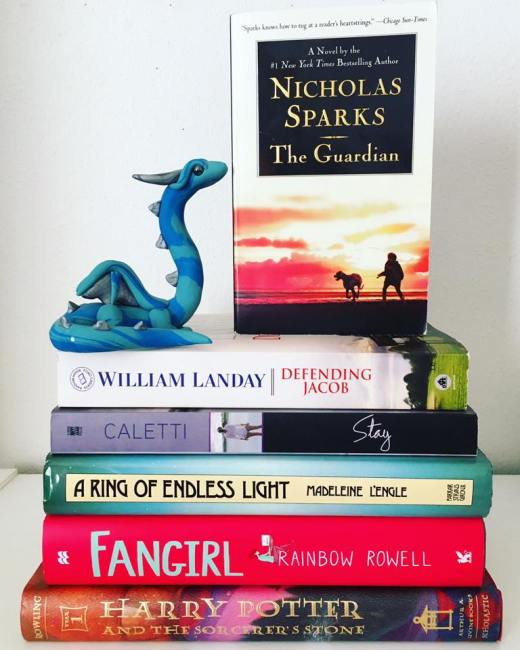 Question: Do you have writing pals or do you ride solo?

Answer: I write alone. I am a control freak and not much of a team player. HOWEVER I have several writing pals in the sense that I have several friends who also write. And they are all brilliant.

Note: I am collaborating with Author James William Peercy, however, on Within The Heart of Silence, a collection of his poetry coupled with my photography. It’s absolutely spectacular and I can’t wait to share it with you! 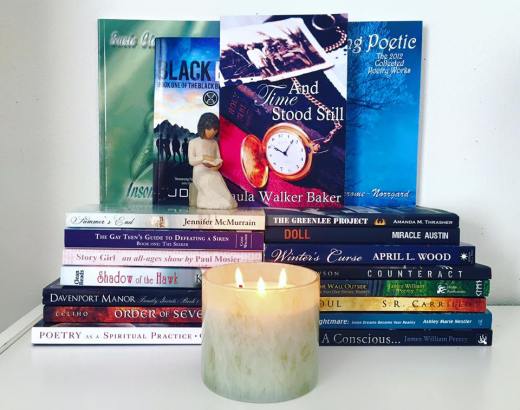 Question: What do you want to accomplish with writing?

Answer: I want what I’ve wanted my whole life. Freedom. And writing gives me that. But I’ve come to learn that the very best thing is when a reader messages you and says, “Your book changed my life” or “Your books helped me to love reading again.” That is the absolute best compliment than anyone can give or receive. 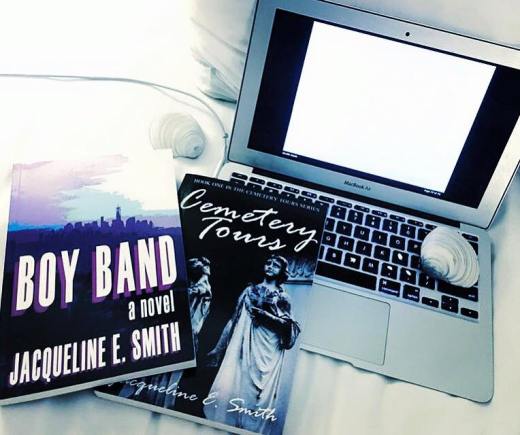 Question: What is one thing you wish people knew about you?

Answer: It’s not really something I wish people knew about me. It’s what I wish people knew about all independent authors, and that is that we truly love what we do. We believe in our work and we work our tails off. We didn’t take the easy way out. Trust me, this business is anything but easy. I’ve never worked harder for anything in my life. But I can tell you this. Every moment is absolutely worth it. 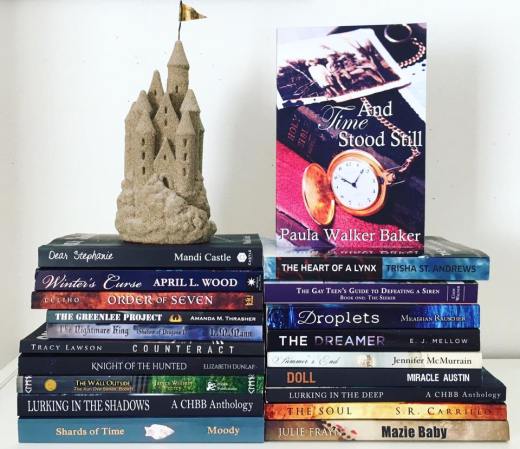 “Sam Morneau is Harry Potter’s best friend. He’s also a member of The Kind of September, basically the hottest boy band on the planet.

After two and a half years, Harry is all too familiar with the day-to-day occurrences that come with being a member of the band’s inner circle, including hectic schedules, passionate fans, and gossip-mongering celebrity girlfriends.

Now, with the release of the group’s third album just weeks away, their lives have never been crazier and Harry is doing everything he can to keep up, all the while trying to cope with the ridiculous rumors that follow the band everywhere they go and pretending that he isn’t harboring a secret and hopeless crush on Sam.

It’s weird enough being in love with your best friend. It’s even weirder when the rest of the world is in love with him, too.”

Sam and Harry. I’m for it. We could call it The Boy Band Who Lived. 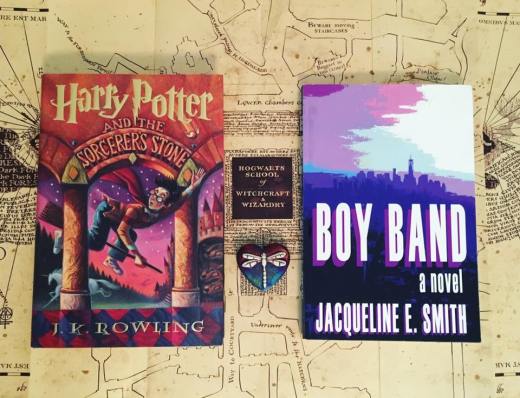 Question: Who do you ‘channel’ when you write? 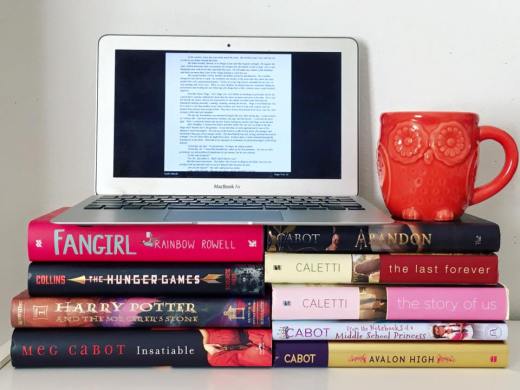 Dobby does all my research for me. Like a good House Elf. 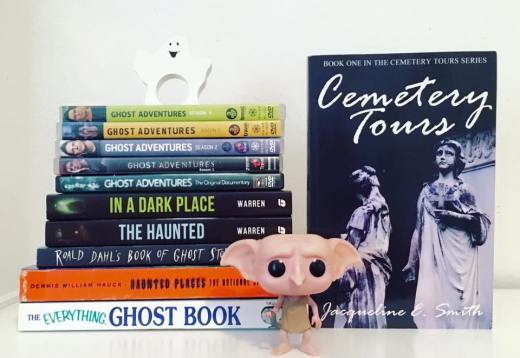 I think it goes without saying that my readers/fans/friends are the best. 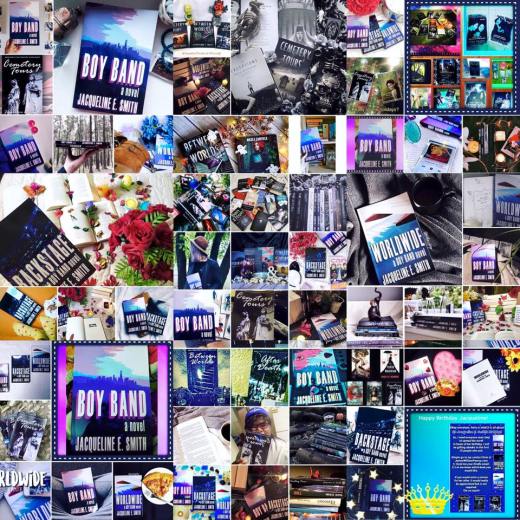 I think my biggest challenge, in fact I think this is something that most of us struggle with, has been overcoming self doubt. I knew I could write a book, but how was I supposed to put it together? To actually make it a book? To learn the ins and outs of publishing? To reach people? To make it something worth reading? What right did I have to try any of this? I’m so happy I kept pushing myself. I’m so happy I had friends and family who believed in me and were there to support me every step of the way. I wouldn’t be here on my own. 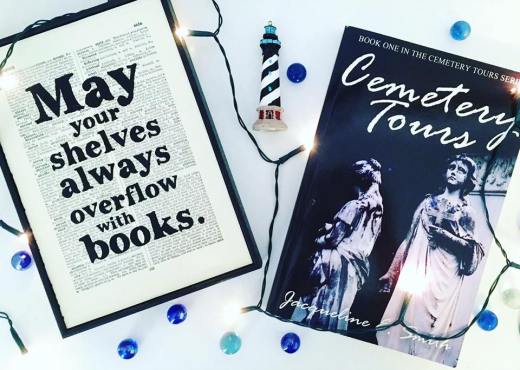 This is one of my absolute favorite books of all time. I’ve read it I don’t know how many times. Like The Princess Bride, my copy was a tiny, beat up, paperback that was falling apart. So I bought myself a nice hardback copy. 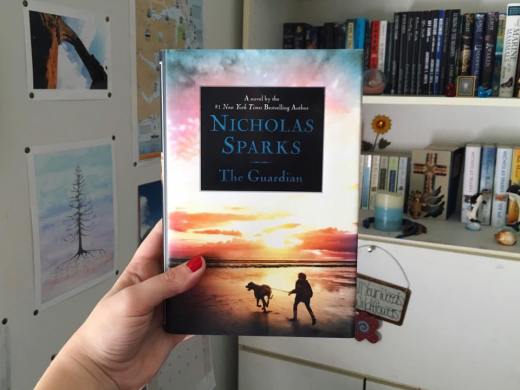 An Author You Admire

I admire several of my fellow authors, but these are the ones to whom I really, truly look up. 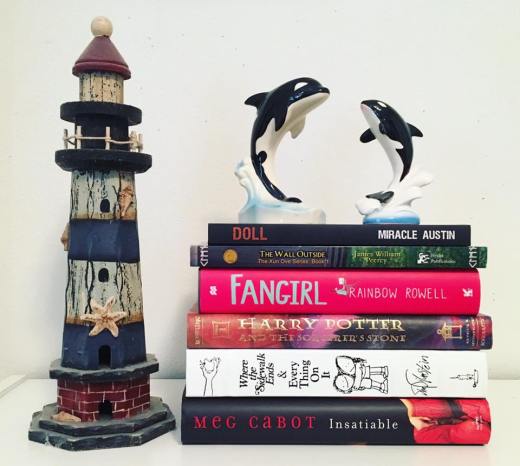 Give an AWESOME author to #FF. Why?

Answer: I can’t just pick one, so here’s my list! I picked these amazing authors because I know each and every one of them are kind, genuine, and off-the-charts talented. Also included in this list is the brilliant Sarah MacTavish, author of Firebrand, but sadly my sister still has my copy of her book. Need to get that back. Also Paula Walker Baker, author of Jack Learns To Grill and The Conservative Congregant Novellas. Her books are so beautiful but since they are novellas, the title does not fit in the side of the books. Please, if you’re in need of an inspirational and uplifting read, pick her books up! And Terri Farley! She is just the sweetest!!!

(I have too many favorite authors). 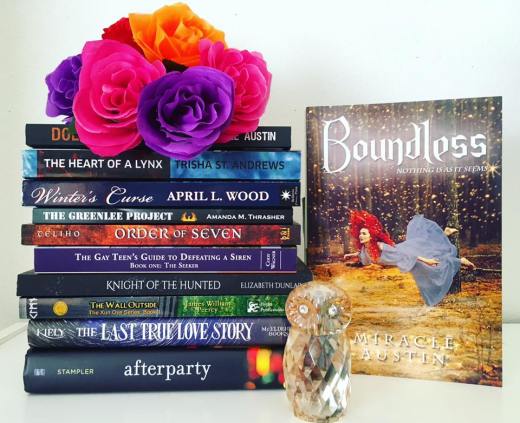 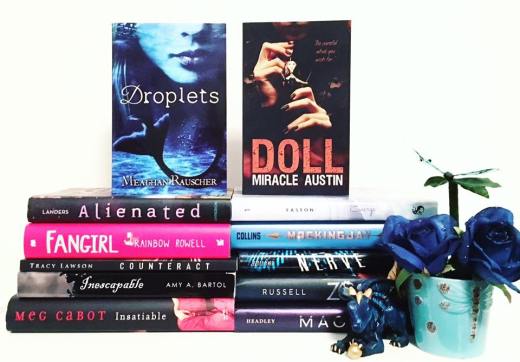 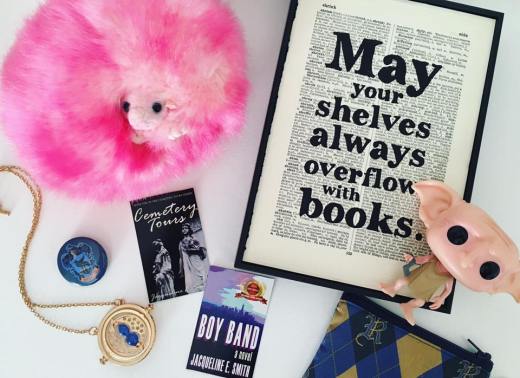 Author or Character who shares your name.

Incidentally, there is also an author who shares my name exactly. 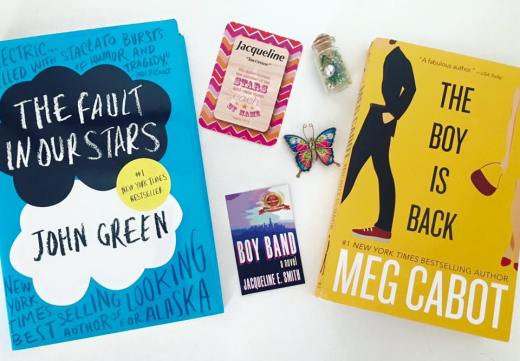 This one may get me kicked out of the #Bookstagram community but here it goes.

I’ve read them all. I even took a Jane Austen class in college. I’ve taken several British Literature courses that studied her work. I have a Master’s Degree in the humanities. 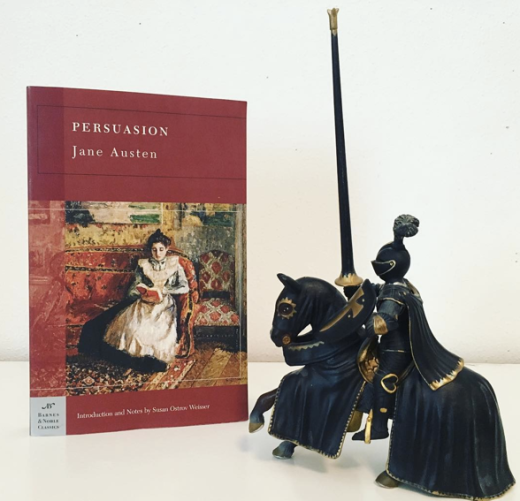 Here’s another confession. I’ve never read any of these. My high school didn’t require them. After talking with a friend who also went to my high school, I decided to steal these from my sister. It’s time I read them. I also downloaded 1984 to my Kindle. No, I’ve never read that either. That’s going to be my March goal. To catch up on books I should have read in tenth grade.

One thought on “Book Challenges”