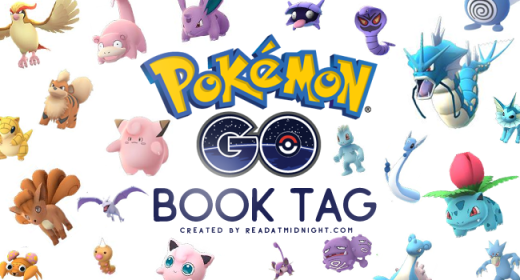 So Read At Midnight has come up with a brilliant book tag for all the aspiring Pokemon Masters out there!  I just have to participate because I too, wanna be the very best like no one ever was.

The first book I remember loving (that actually inspired me to write as well) is Shortcut by Donald Crews.  That was preschool.  As I got older, I read all of the Bailey School Kid mystery novels as well as Lurlene McDaniel novels.  I also loved anything that Bill Wallace wrote.

A Ring of Endless Light by Madeleine L’Engle.  This book is so beautiful and so inspiring and it really helped me to understand a lot about the significance of what goes on around us and how we interpret and experience life.

This tag actually made me laugh out loud because it’s TRUE. Zubats are EVERYWHERE and I already have a Golbat so I no longer have any need for Zubats!  Go away, ugly little flying creature!

And I’m just going to have to go with genre here and say anything erotica that features a submissive virginal female and an arrogant dominant male.  I’ve tried to read a few and they simply don’t appeal to me.

Nicholas Sparks’ books are all literally the same book, but I love each and every one of them and read every single new book he releases.

The Outlander series by Diana Gabaldon and Game of Thrones by JRR Martin.  I actually intend to read both someday (Outlander first because I love Scotland), but as of right now, I’m trying to get past the intimidatingly tiny text.

Any time a new Harry Potter book was released, sleep did not exist.  I had to read them straight through.  I actually passed out after the fifth book was released because I was running on no food and no sleep and I was sick.  Another book that kept me up, however, was Defending Jacob by William Landay.  It didn’t keep me up in the sense that it scared me, but oh my goodness, this book stayed with me for forever.  I would just lay awake at night thinking about it.

I think my #1 OTP of all time would HAVE to be Katniss and Peeta from The Hunger Games.  I love them so much I just don’t even know what to do with myself.  I want a Peeta!

Can I say my own books for this?  Haha!  I wrote them specifically to be fast-paced and fun and easy to read.  I’m not sure how “fire-hot” they are, but I like them.  So I’ll go with the Boy Band series and the Cemetery Tours series by me!

I’m actually in the middle of it, but I was really surprised by how much I liked The Unbecoming of Mara Dyer by Michelle Hodkin.  I went into it thinking it would be kind of boring and serious.  Quite the contrary.  It was actually fun, dark, entertaining, and even funny.

Oh, goodness, this is difficult because I love old books and I love signed books.  I could definitely use a brand new set of first-edition Harry Potter books, however.  All of mine have been read so many times they are actually falling apart.  OH!  Or I’d love to have the original UK editions!

I’m a bad reader in the sense that I don’t actively go seeking new authors.  I usually let the books find me, haha!  So for this tag, I’m going to mention a few of my friends and their debut novels (even though some of them have been out for quite a while).  I’m excited for Doll by Miracle Austin, Winter’s Curse by April L. Wood, The Wall Outside by James William Peercy, The Conservative Congregant by Paula Walker Baker, The Gay Teen’s Guide to Defeating a Siren by Cody Wagner, and Firebrand by Sarah MacTavish.

The wait is almost over! I’m going to the midnight release of Harry Potter and the Cursed Child on Saturday!  I would also kill for a sequel to Eleanor and Park and/or Fangirl by Rainbow Rowell but I’m not sure either will happen.  In fact, I’m certain that the latter will not.  Because I’ve asked her.  In person.  And she said no.

Thank you so much, Aentee, for this fantastic Book Tag adventure!

Also, if you’re reading this, I CHOOSE YOU!